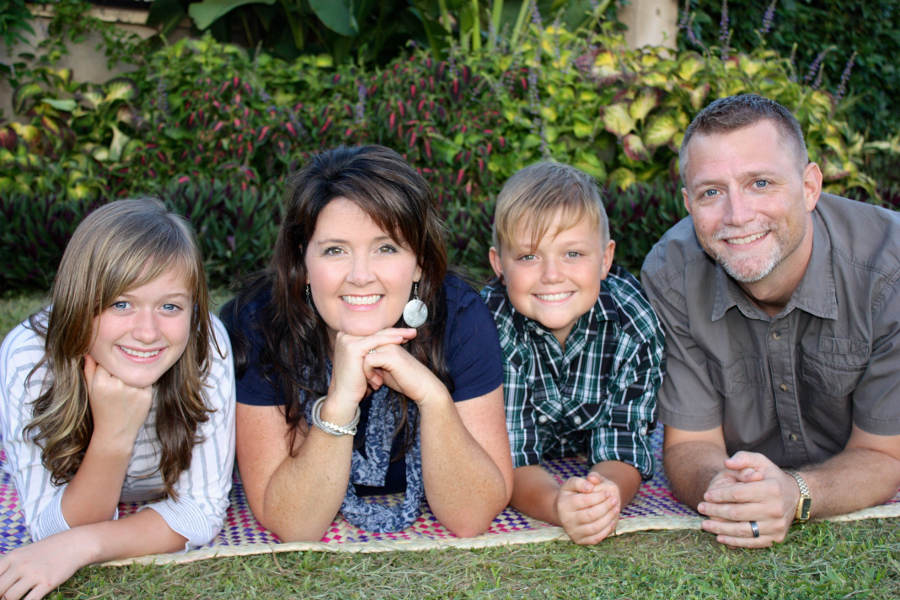 Brett, his wife, Bobbie, and kids Emma and Ethan have answered the call of God to win people to and build the Kingdom of God in Kampala, Uganda, Africa. They are now into their 3rd year as full-time missionaries.

Brett and Bobbie have been faithful members of their home church, Engrafted Word Church (www.engraftedword.org) in Cookeville, TN for over 19 years now. They served as the Youth Leaders for over 6 years and Brett as Evangelism Leader for 13 years. In addition, Brett had also been a member of the EWC Praise & Worship Team for 15 years, and they’ve worked in various other areas of the Helps Ministry. They were ordained and sent out into the mission field by their pastors, Pastor Chris and Manda McMichael.

Brett grew up in various towns across America, from Michigan, New Mexico, Oklahoma and Tennessee, while Bobbie was born and raised in Middle Tennessee. They first met in 1995 at their home church, while they were attending Tennessee Tech University. Brett graduated in Dec ’98 with a degree in Mechanical Engineering, Bobbie in May ’99 with a degree in Information Systems. They married in June 1999, and saw the birth of their daughter, Emma, in 2002 and their son, Ethan, in 2005.  Both Brett and Bobbie have studied under Mark T. Barclay’s Supernatural Ministries Training Institute (SMTI).

Brett has known the call of God was on his life since he was 7, winning his first friend to Jesus. In 2010, while they were on a mission trip to Honduras, the Spirit of the Lord began to deal heavily with the Scudder’s about leaving their home in Tennessee and evangelizing other countries. The Lord began to show them the condition of the US and the need to reach other countries with the Gospel before the soon-coming return of Jesus. On August 29, 2010, the Lord confirmed His Word again to the Scudder’s through their pastor, Chris McMichael, by saying “you’ll have to cast a far net”. From that time forward, the Scudder’s have set their sights on global evangelism and reaching the world with the Gospel of Christ. Brett was born again at the age of 7, growing up in a Christian home. He soon realized the call of God on his life, after he won his first friend to Jesus. Awaiting God’s timing, he attended Tennessee Technological University, majoring in Mechanical Engineering, and worked in the Automotive Industry for over 13 years.

It was there in Cookeville, TN that he gained his ministerial training

(and his wife) at Cookeville Christian Fellowship (which later became Engrafted Word Church in 2010). Brett faithfully served Pastor Kenneth Vaughn and Pastor Chris McMichael for 17 years before being separated to full-time ministry in 2012. While at CCF/EWC, Brett served as the Youth Leader, Evangelism Leader, Church Elder, and in many other capacities throughout the church. He attended SMTI Bible School during his time at EWC.

Brett’s passion is to evangelize the lost, to make disciples of Jesus, and to help The Church reach it’s fullest potential in the lives of Christians all over the world! 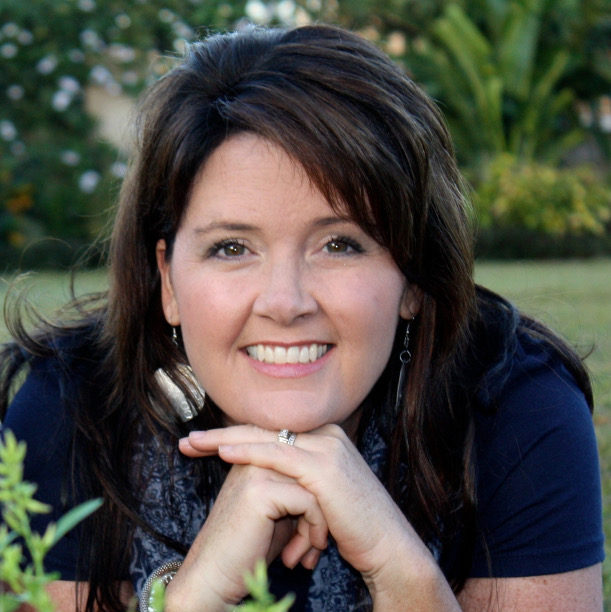 Bobbie was also born again at a young age, growing up in rural Carthage, Tennessee. She also relocated to Cookeville to attend TTU, majoring in Management Information Systems.

She met Brett at CCF/EWC in 1995 and the two were married in 1999. While serving in the church together with her husband, Bobbie was a long-time Sunday school teacher, a member of the Ladies Jail Ministry and many other areas within the church. She also attended SMTI Bible School.

Bobbie is currently ministering on Sundays at local churches throughout the Waikiso District. She has been teaching on various topics such as Godly parenting, Godly marriages, etc and how to practically apply those teachings to their personal lives. 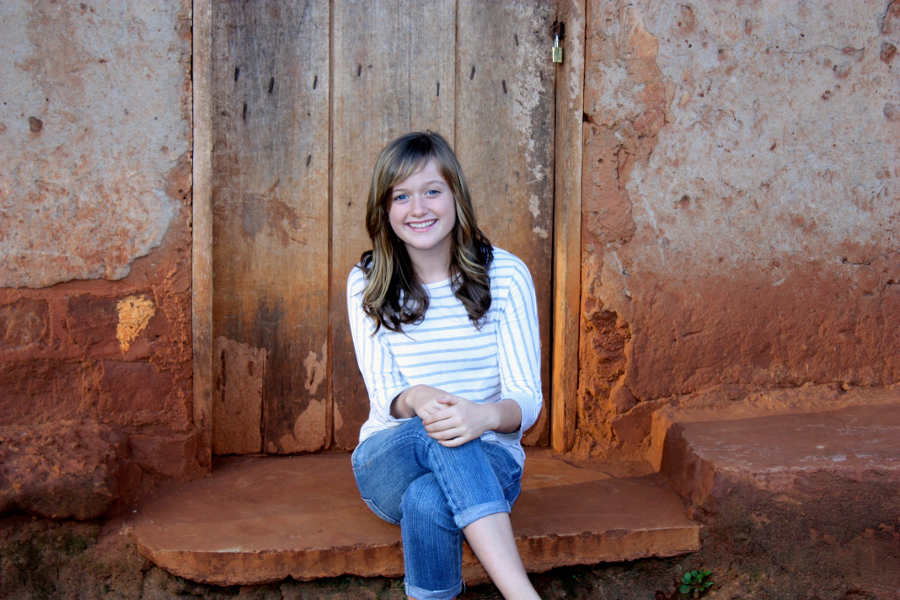 Emma is an energetic, enthusiastic 8th grader at Heritage International School in Kampala. She loves music, playing the guitar, ukulele, and the piano, as well as reading books and spending time with her friends in and out of school.As a 14 year old, she is developing her own ministry for Jesus Christ. She had started a small weekly Bible study with her classmates in addition to her own studies that she has each morning before heading to school. Her fervency for the LORD is both contagious and constructive in her personal relationships, standing for what is right and helping her friends develop a closer walk with Jesus.

She loves participating in any of the school’s plays and choirs, and is a member of the middle school worship team. She is also active on the school’s basketball, soccer and volleyball teams. 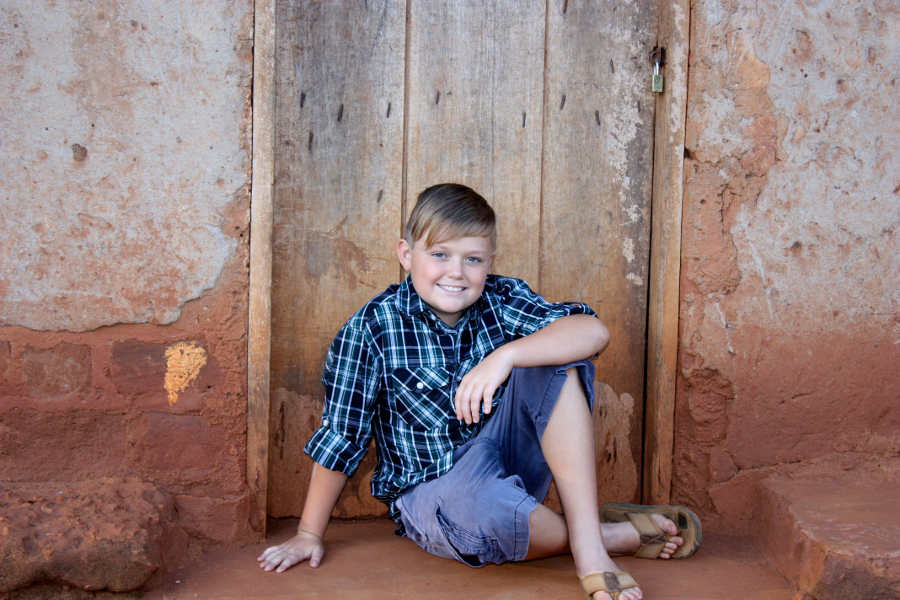 Ethan is your typical 6th Grade boy, who loves to play basketball, video games and just about any other fun activity that comes along. He is also active in the school’s soccer, basketball and volleyball programs. He was featured as a grade school representative of Heritage International School in one of the local ‘expat’ magazines!

What separates Ethan, however, is his love for people. His kind and generous heart is constantly evident, both in our village outreaches and in the mission work with the school. His desire to love and touch Uganda is a continual inspiration to us!